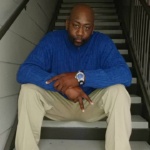 Today, we sat down with our artist Deadman Rashaun for an interview. Here is what he had to say:

It has because there’s never been anyone to make it in entertainment of any sorts where I’m from.

The 70’s group Slave. Their music isn’t just for one color of people. All people can vibe to Slave. Every song is different from the last song. That’s how I mirrored my music…to appeal to all.

Exactly that. STAY DISCIPLINED! You have to stay focused on YOU, not what you hear on radio. Most folks think that’s how you get on. No it’s not. Nobody’s signing the next such & such. They’re signing the first YOU.

Sure. Write when you get that feeling. You may be at work, in traffic, on the toilet, wherever you are…record yourself in ur cell, because later on, you’re NOT gonna remember how you did it.

My family & friends are like everybody else’s. They can care less until you blow, then everyone will say they believed in you & have their hands out.

2Pac. Why? I’d like to just talk to the brutha, about life, how it is growing up in the east & moving to the west & get with Dre and acting with Janet Jackson. The man was full of knowledge & I’d loved to had gotten in it.

The thing I’ve enjoyed most is learning so much of what I didn’t know about how to be successful at being independent. Bottom line, if you truly wanna build your brand, LiquidSound Records is the place to do that. No bias, no frills, & good people across the board that’s been there & done that, so they can pin point what you need quickly.

In space with the best of em. Just press play on my music, & you’ll ride all day to it. Its something for everyone in my world of music. It just is.