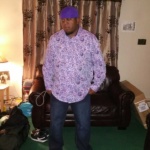 Today, we sat down with our artist Doe Easy for an interview. Here is what he had to say:

Trenton, NJ gives you a little bit of everything. The good and bad. I’ve lived in the worse neighborhood at a young age learned how to move in the on and off the street. I’ve seen some things you’ll
never believe. I’ve met some great, influential people who taught me and showed me a lot about music and life. Quite a few noteatable artists have come from Trenton.

Jay-Z. He went from being a business man in the streets to being one of the best corporate business men of my lifetime. He’s also arguably one of the greatest hip hop artist ever.

A house for me and my family.

Your net worth is only as big as your network. Networking is everything. Don’t ever feel like you can’t learn more, get better or reach another level.

The more active you stay the better. Don’t be afraid to ask for people’s opinion, constructive criticism or attention. Keep your ear and eyes to everything trending to know whats hot and whats not.

Well my family has typically been supportive of me in anything positive I set forth to do. One of my immediate family members was recently unsupportive when I sent her the links to my music online stating the because of my age I should think about doing something else and or ghost writing. I will be 40 on my next birthday but I make music for everyone of all walks of life and all ages. Ive been a professional writer since I was 14, when I first had something I wrote published, worldwide. I’m starting to trend right now, still learning and getting better. My buzz is bigger now than its ever been and I’m going to ride the wave until its over despite how anyone feels.

Fabolous. I feel he is one of the the dopest lyricists of my time and by far one of the most consistent and underrated rappers ever. He always makes sure he is potent lyrically and I approach my music the same way.

The Notorious BIG because I feel like he’s the best ever. He accomplished so much in such a little time and left a mark the world will never let anyone forget.

Ive been introduced to and shown so many different avenues to promote my brand. There are areas I had never been taught about that I didn’t know existed. I’m now working on things and apart of some movements I probably would’ve have never found without LiquidSound Records managerial efforts. My management/distribution deal has been a blessing.

I hope to be behind the scenes creatively writing for artists and helping others build their brand from scratch.