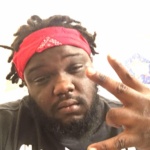 Today, we sat down with our artist Eastwood for an interview. Here is what he had to say:

I would say due to the things I’ve experienced my music style matches the feeling of being a Detroit native, I’ve been to jail but I don’t rap about it because that’s not my style. Growing up in Detroit it’s tough as hell either you survive or you don’t.

Lil Wayne for sure I remember listening to “bling bling” and “the block is hot” and then I became a super fan once I started doing research and found out he had came from the slums, like barely any food to eat you know. Growing up I idolized Wayne because of his raw talent, I mean come on the man made an entire song where he rapped everything he had wrote down in his notebook and after he recorded that song that would be the last time he would ever write a lyric. That’s talent.

Well depending on how much it is I’d buy my mom a house, and then buy myself music equipment after the important things are taken care of I’d probably splurge a little.

PRACTICE!! PRACTICE!! PRACTICE!!! There’s no worse feeling than being in your zone and then you stop writing and you lose your inspiration, practice what you want, you don’t even have to record it just write lyrics and practice your craft as often as you can or want to.

No not really everyone has their own techniques when they step in front of that mic.

For the most part, yes. My family loves my music and my biggest two supporters are my brother and my father.

Bob Marley, not only because he smokes weed but because he was such an influential musician in the reggae genre and his way of thinking is very interesting to me, smoke a blunt with Bobby and then sit down and have dinner and have a conversation…now that would be something to tell my children.

The one thing I really enjoy is the fact my manager keeps me up to date with anything he sees fit to advance my career.

To any artist that would be interested in joining he team in the future it would be a great move and very crucial to helping you find your way around, if you aren’t getting led in the the right direction.

Multiple albums, millions of dollars, and very very much still a top artist in the game. My goal is to become a household name…something like Tech N9ne. I’m not in it for the fame. If the fame is what I like then I’ll gladly become an icon.