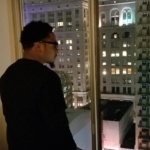 Today, we sat down with our artist Jermaine Wray for an interview. Here is what he had to say:

Just being in a city of musicians is inspiring enough. From Patty Label, Teddy Pendergrass, the whole battle rappin scene, State Property, Cassidy, and even Lil Uzi, and Meek Mill. Growing up around music is undeniable. Looking where we come from and seeing them come from nothing to making it.

Ludacris. He’s not your traditional hip hop artist and that’s what makes him so successful. He’s comical, but can also drop bars you can’t deny. He doesn’t care what people think and that’s one of the hardest things to do in life and that’s just be yourself.

I have no idea. I can say anything to make it sound good but it’ll probably be something I don’t need. After that, then pay off bills and debt, then invest into real estate and a bunch of other things.

Stay focused. As simple as those words are, they are also powerful. Once you lose focus, you fall way behind and once you do that, it gets even harder to get back up.

Be yourself. Write what you feel and don’t worry about what other people may think. Regardless of how hot it may be, people won’t like it. Regardless of how much negative feedback it may get, there’s gonna be a lot of people who likes it.

They want me to keep persuing it. It’s a small circle but they’re very supportive. It’s nothing but love and that’s how it’s always been.

Between KRS ONE, Busta or Red and Meth. KRS ONE and Busta has those performances when you do not want to go on after. The energy they have and the way the crowd reacts is a cheat code. Redman and Method Man are straight dumb. Funny as hell and never a show under 10. I definitely believe I can add to that concert.

Pac… Everything he’s done for the culture of hiphop, the messaged he left, and I would want to how do I do the same thing.

Ryan Katz. He’s authentic, understanding, and patient…but most importantly genuine. As a manager, that’s huge. Plus he’s been around so clearly he knows what he’s talking about. He simplifies everything. For an up and coming artist, that’s everything you need out of a manager. Besides that, the resources at LiquidSound Records is amazing.

Honestly I have no idea. I would hope wealthy or famous as hell.