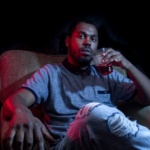 Today, we sat down with our artist Master Roshii for an interview. Here is what he had to say:

My hometown has actually shaped a lot of the musician I am today actually. For starters, there wasn’t much of a hometown for me because I grew up a military child. A lot of people say “oh you’ve been all over the states, thats a yes and no answer”. I have been to 44 states but 40-42 of them were thru driving tractor trailers. I was actually a Japanese military kid. I’ve been to every base in Japan from what i know of, whether it was in grade school or high school. I also claim Oklahoma as far as states go because thats where I graduated from and went to middle school at. This helped shape me because I know there’s all kinds of cultures and subcultures inside of cultures and thats what I love and my music is just an experience that a lot of people do, but may not do in the exact same way, and I bring that every time I rap. You may hear Japanese bars inside of my regular bar maybe even Spanish who knows, just like everyones life.

If it had to be anyone, it’s just so many, but altogether I would have to say Kid Cudi. I say Cudi because I was with him since moon man. I was in high school when that came out and if anyones heard of him or slaps his music he emphasizes the fact of embrace yourself and fuck everyone else. If its you its you and its ok to be you and yeah I knew that before but he really brought that alive and brought it through good times or bad times, in all times honestly and thats what I strive to do whether it be through music or just having a conversation with someone.

The first thing I would buy would honestly be a foreclosed house, and then I would renovate it.

To remain disciplined in this craft, you have to be ready to sacrifice your wife, family, friends, drugs, stability. Stability being the most important because sometimes you just have to have faith and to preach what you rap because a lot of people aren’t keeping hip hop hip hop it’s that rap and thats wack.

My Mom is wondering when I’m going to grow out the phase…but semi-supportive to an extent, to her its more like a hobby which is cool because at the end of the day she wants the best for me no matter what and feels like i could be doing a lot better than music but if thats my passion thats what it is, she’s the reason O am this in love with music to an extent. She started me out in band class in 4th grade with my uncles alto sax. Everyone else is very supportive but ready for me to take off and wants to know if it doesn’t pan out whats the next step for me. And there have been a number of issues in the past from gaining a few exes to losing my bros but at the end of the day how can you grow without growing pains.

I would open up for Kid Cudi, because he is the GOAT in my eyes, highly slept on to an extent but why, I mean the same crowd his music appeals too, I feel like would enjoy my music and I feel like the exchange of vibes would make it a super epic show, a once in a lifetime.

I would have dinner with Mr. Bob Marley himself. I want to get to know him as a individual and what inspired him and just to pick his brain on some Rastafari and musical and for him to judge some of my music.

I like the response time on everything. It’s never a sleeping moment. It seems like there is always things to do, sign up for, look at, its a great opportunity for the right individual, I would definitely advise be ready to work, because it’s truly no days off!

I see myself with a few artist that I manage and promote as well as having a platinum album and performing yearly at festivals like SXSW, Burning Man, Coachella, and Rollingloud.