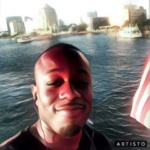 Today, we sat down with our artist Melo Beats for an interview. Here is what he had to say:

My hometown doesn’t have much to do with the type of musician that I am. My hometown wasn’t always bad, but it got worse over time. It’s hard to find artists in the city that aren’t talking about killing one another, and that’s where I differ.

If I had to choose any artist that had an influence on me it would be Kendrick Lamar. A lot of his music I feel in my soul. The energy that gives on the mic, recording or in the studio gives me chills every time.

If I won the lottery tomorrow the first thing I would buy is a vehicle. It would more than likely be my dream car.

My songwriting tips would be just be yourself. Everyone has a fan, so don’t worry about if or who will like it. God will definitely start sending people your way. And my recoding tips would be always have a bottle of water, rap your music as if you were speaking to someone, and you wanted them to be interested.

If I could open up for an artist it would be Travis Scott. I think that it work definitely be a cool experience, and he’s also one of my favorite artists in the game.

If I could have dinner with any artist that not alive, I would have to have a sit down with Michael Jackson. He’s the king of pop, I bet he could tell me hundreds of stories, and I know he’s not as bad as people framed him to be.

The thing I enjoy the most is having the owner like my music, and do his best to support. He doesn’t leave his artists hanging high and dry, he always has new updates to get us to the next level in our careers. My advise would be if Ryan likes your music, you have a chance.

In ten years I see my music going very far. On billboards, video games, advertisements, openings, and much more.